There’s a category of question for which the best answer is: “Compared to what?” The question asked by my blog title is one of those, prompted by a recent comment on a long-ago post ‘Israel and the Presbyterians‘.

You mention above that Israel is… “the oldest democratic state in the Middle East..” Can you please tell me why – and give me examples – of your believe that Israel is a Democratic government?

Is Israel a democracy? I believe so, although Israel has engaged in some rough behavior. Many might point to Israel’s occupation of the West Bank as un-democratic. Equally, the United States is a democracy, but Bernie Sanders supporters can point to his treatment by Democratic party insiders as un-democratic.

Is Israel a democracy? Compared to what? Actually, there’s an index for that, published by the UK magazine the Economist. See the Wikipedia article here which reproduces that index as a ranked list, and the Economist’s own post here, providing a more graphical (my opinion – less useful) treatment.

According to the ranking published by Wikipedia, Israel is high on the list at 30, between France and Belgium. The United States ranks at 25. It’s significant that Israel’s neighbors don’t rank high as democracies: Egypt is 127, Jordan is 115, Iran is 150; all solidly in the bottom half of the list.

None of them reach the top half in the democracy ranking. That indicates a link between democracy and material prosperity, yes?

One year ago this month I posted the first-ever ‘Shithole Country Index’, memorializing Donald Trump’s famous remark from January 11, 2018: “Why do we want all these people from ‘shithole countries’ coming here?” This article presents the 2019 version of the index. I don’t endorse the idea that national origin determines the desirability of an immigrant, but I definitely do endorse the idea that shithole countries exist.

My version of the list (we probably all have our personal lists, and none include Canada, right?) combines the World Bank’s separate lists of GDP per capita and ease of doing business. One list indicates economic success, the other indicates level of effort. To be classed as a shithole country you must appear in the bottom twenty on BOTH lists. In other words you are at the very same time both a world class failure, and not trying to do anything about it. 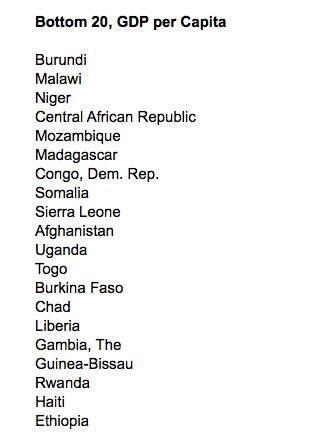 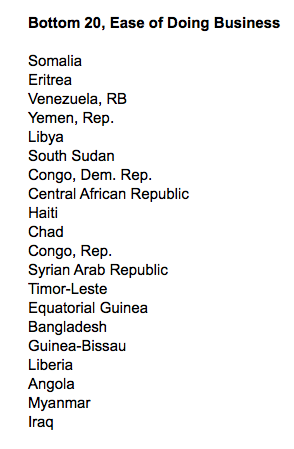 The 2nd Annual Shithole Country List is as follows:

Italic text indicates countries that appear in both the first and second year lists.

Bottom Line
Appearance in the Shithole Countries List indicates epic cultural/civilizational failure. I note that the only non-African country to appear on the list this year is Haiti. No Asian countries are on the list; no European countries; and from the western hemisphere, only Haiti. To anyone surprised or confused by this, I recommend that you read Niall Ferguson’s book “Civilization, the West and the Rest”.

Yesterday Major League Baseball released the results of its investigation of accusations of sexual harassment against three Seattle Mariners executives. The league hired a top employment law firm to run an independent investigation, with the following result:

The firm did not uncover credible evidence that the Mariners, or any of its employees, violated Major League Baseball’s Workplace Code of Conduct, or applicable anti-discrimination law, in the treatment of Dr. Martin or the termination of her employment. The investigation also concluded that there is no credible evidence to support Dr. Martin’s claim that Mariners’ employees, including Jerry Dipoto, Scott Servais, or Andy McKay, made any of the comments attributed to them in her public statement or subsequent lawsuit.

Did you believe Lorena Martin’s accusations? Progressive dogma says you should have: “believe all women”.

If you choose to believe women, you choose to believe every woman. Even when it’s uncomfortable. (Especially when it’s uncomfortable.) … If your knee-jerk reaction is “I can’t imagine it, so it can’t be true,” then you are allowing your privilege to get the better of you. … Every time you tell a friend or your Facebook feed or your millions of fans that you believe a woman has made it all up, you propagate the myth that women lie about being assaulted. 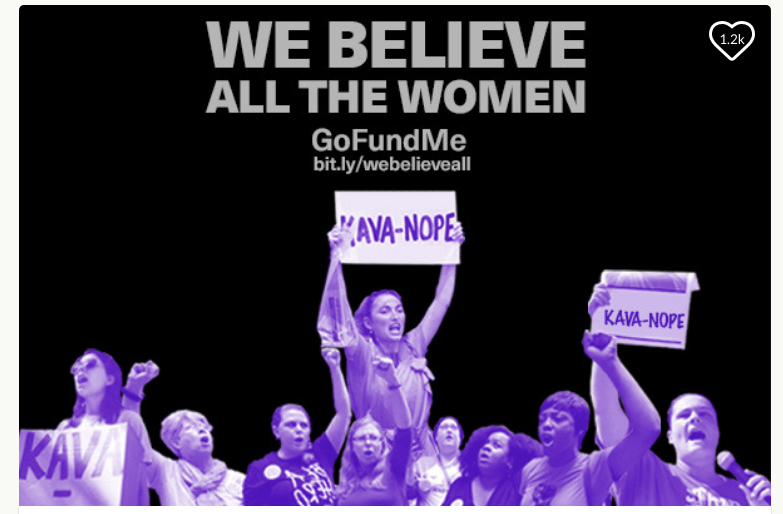 But then on the other hand, please remember the ‘big three’ of false accusations:

Believing all the accusers is not acceptable because we know that false accusations occur. We also know that some accusations are true. Is there a middle ground? Yes, there are cases where there is no way to tell what the truth is: Anita Hill and Christine Blasey Ford are two examples. The lingering ambiguity of those two ‘middle ground’ cases is likely because they were judged in a rules-free setting: Congressional hearings on live TV.

“Believe the women” and #MeToo are examples of sloppy sentimentality trending towards mob rule. We can do better.

The Bottom Line
Our legal culture has a long history of balancing the rights of accuser and accused. If each of us expects to be treated fairly in a legal or criminal setting, we need to be willing to treat everyone else fairly. “Fairly” is best defined as ‘innocent until proven guilty’, plus the traditional standards that define due process and rules of evidence.

As it says in the Bible: “as ye would that men should do to you, do ye also to them likewise.”