One recent Monday afternoon we were learning all about the upcoming science fair at the neighborhood elementary school and one of the children announced in a delighted and proud voice that ‘all participants get a ribbon!’ Which reminded me of Kanye West and Frank Ocean boycotting the previous evening’s Grammy ceremonies because they expected black artists to be overlooked; a Grammies several years ago when Kanye West rushed the stage because a white artist won an award; and 2009 when Kanye West interrupted Taylor Swift’s acceptance speech because a black artist didn’t win; recent complaints that black artists are insufficiently recognized at the Oscars; and of course I was reminded that Cleopatra, Queen of Egypt was black.

A breakthrough – poverty cut in half
Reams of legislation were passed and billions of dollars spent to end the problems of the African-American community. According to a 2012 essay published by the Cato Institute we were operating 126 Federal anti-poverty programs, and Federal and state spending combined was over a trillion dollars per year in addition to voting rights legislation, constitutional amendments, affirmative action and so on.

Not without progress. There’s good news! According to Census Department data, poverty in the black community declined sharply between 1959 and 2001, down from 55.1% to 22.7%. The current poverty rate is quoted elsewhere as 27%, but that still means the rate was cut in half after 1959.

The remaining issue
The occasion of cutting the poverty rate by half raises the question of what blocks further progress. There is a big chunk of the African-American community that seems uninterested in assimilating — taking on the values and attributes required for success. As an outsider I’m likely to be accused of racism; but the issue here isn’t race, it’s culture and behavior. Culture and behavior are certainly recognized as issues within the African-American community. See the quotes here in order, from Barack Obama, Michelle Obama, and Ta-Nehisi Coates:

Sometimes African Americans, in communities where I’ve worked, there’s been the notion of “acting white” — which sometimes is overstated, but there’s an element of truth to it, where, okay, if boys are reading too much, then, well, why are you doing that? Or why are you speaking so properly?

Today, instead of walking miles every day to school, they’re sitting on couches for hours playing video games, watching TV. Instead of dreaming of being a teacher or a lawyer or a business leader, they’re fantasizing about being a baller or a rapper. Right now, one in three African American students are dropping out of high school. Only one in five African Americans between the ages of 25 and 29 has gotten a college degree.

There are well-known problems with educational achievement, for example see this chart using Dept. of Education statistics: 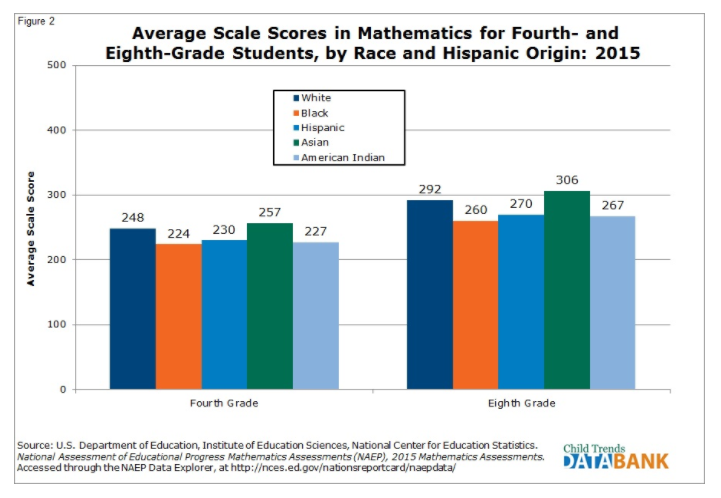 There are problems with family structure, for example this chart showing data from the Centers for Disease Control and Prevention:

Finally, note the hypocrisy of the Black Lives Matter movement, which claims it is a “response to the sustained and increasingly visible violence against Black communities in the U.S.” However, it’s not police or white people that are killing African-Americans, it’s other African-Americans. See the FBI murder statistics for 2013: there were 2,491 African-American murder victims in 2013, and in 2,245 cases the offender was African-American. That’s 90%.

In cases where police are involved in shootings, there is a pathology of make-believe. Take the recent Che Taylor case in Seattle. The NAACP called it “cold-blooded murder”. However, the jury at the inquest found that police believed they faced a “threat of death or serious bodily injury.” There is no way to sensibly reconcile those two statements. It’s not police and white people that are the problem.

The bottom line
The economist Milton Friedman (1976 Nobel Prize in economics), wrote (p.33): “Freedom is a tenable objective only for responsible individuals. We do not believe in freedom for madmen or children…Paternalism is inescapable for those whom we designate as not responsible.”